Note: We uncovered the following article in 2006 in a Joomla software download.   It was included as a sample Joomla page for people working with the software for the first time.  The story is based on a group of early, core Joomla software developers led by Louis Landry.   We've dedicated a page to it because it is spookily reminiscent of past good times and a reminder of the power of motivated teamwork and the creative juices that can fuel it! Here's to you!  atu

The legend of Buca di Beppo involves a covert meeting of key developers in a Mafia-style restaurant in the United States. 'Bucas' has on more than one occasion been the catalyst for key (and in some cases considered insurmountable) development 'humps' being overcome.

With copius amounts of food and wine flowing, the creative juices of coders seem to work keener, faster, and problems are solved. Louis Landry famously agreed that living near a Bucas could actually lead to faster development cycles.

Mmmm. A restaurant with photos of famous Mafia films like The Godfather and violin cases leaning against the booths. Makes you wonder, doesn't it?

If Joomla! was a commercial venture, we're sure management would actually consider building a Bucas inside the building! 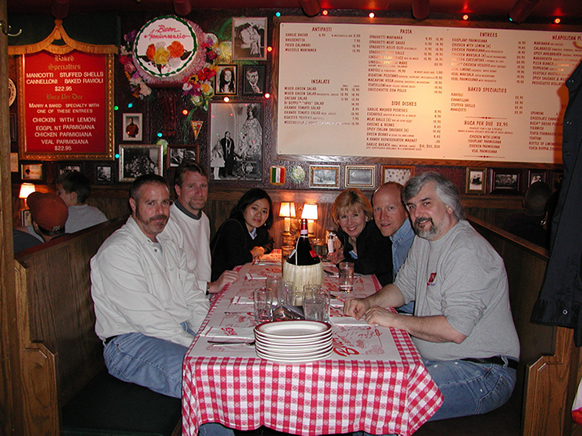